I was talking to friends about how Orlando is coming up with great food places. It’s not quite there with all the other major cities BUT it has gotten much better over the past 5-6 years ever since and it’s been a quick change as well. I am well aware of other social media of bloggers and foodies putting out their stuff so I wanted to be part of content creating!

With time, you’ll see what kind of “foodie” I am. I’ll explain more later. Let’s get into it!

The space has been changed several times and it hasn’t found an establishment that can stay put so perhaps Hangry Bison is the one that plans to stay. With that said, it’s a great place for drinks as well as food! Tonight I opted out the drinks. 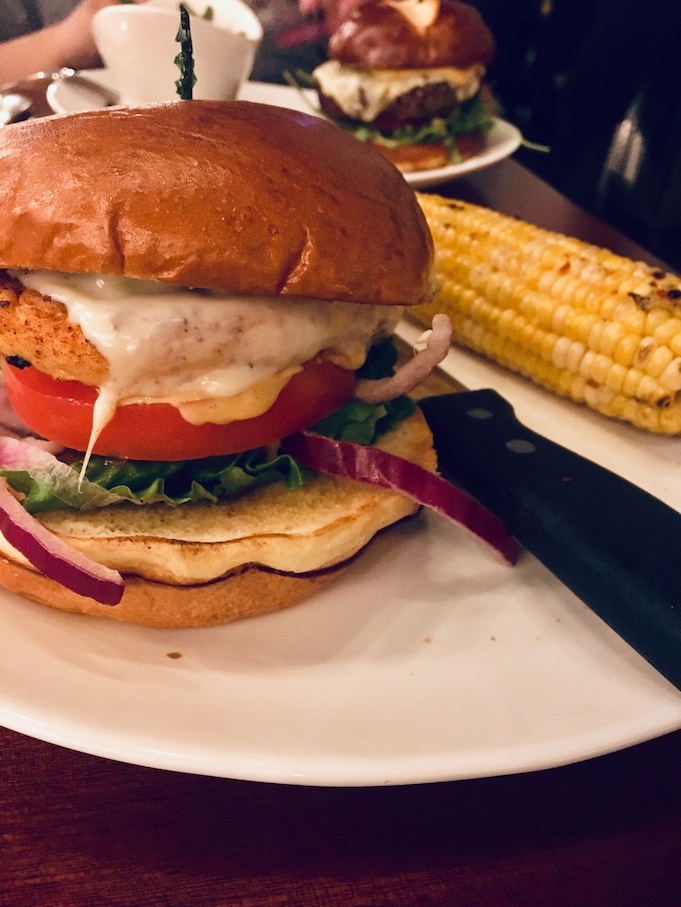 If you are curious with what burger is in the background, it is the place is named after, “The Hangry Bison.” I didn’t try it so I won’t post or have an opinion on it so unfortunately, I can’t tell you anything about it. I think I will purely write on things I have tried.

My “rule” for ordering (when eating out) are typically things that I can’t make myself at home, or things I don’t typically like to prepare at home due to perhaps how complicated the prep is, or I’ll order it because they made something I’ve never seen made before and I’m genuinely curious.

Back to MY choice, the Sockeye was delicious! It was light and it wasn’t seasoned heavily so you can really taste the flavor of the salmon. If you’re trying to not eat something heavy, this is definitely the one to choose out of all of them. I suppose the bun was appropriate for the burger. [ I majority feel like there is more bun versus meat or things in-between in burgers but that’s a personal opinion. Heh.] There was also a honey mustard sauce added on the side. I kind of just poured drops on my burger with each bite (otherwise it gets pretty messy!) I like that the ingredients were simple yet all tasted great and fresh altogether. Also the corn on the cobb was pretty bomb. [ Yes, I am a corn fan. ]